Recovers an ancient tradition: the hammam or Turkish bath, offering a new bathroom concept focused on the general care of the body and keeping the peaceful atmosphere and simple refinement inherited from Al-Andalus.

The Arab Baths are one of the most important historic and architectural aspects of Granada, as they are symbolic evidence of the city's religious turmoil all those centuries ago. 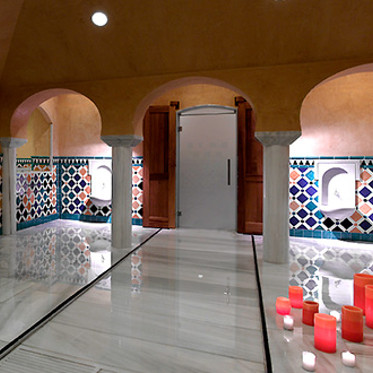 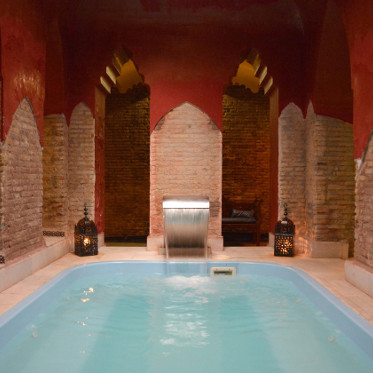 The Arab Bath in Granada

The public bath houses in Granada take the Arabic name Hammam.
The baths were built by the Muslims because they believed water was a symbol of purity, and so used it to cleanse their bodies, whilst the Christians, on the other hand, believed this to be decadent and heathen behaviour, and so had the majority destroyed, with only a 'few left remaining. It's easy to forget how important the baths were in Moorish life: they were a key focal point for social activity, second only to the mosque. They help to give us a glimpse into day-to-day life in Arab-era Granada.